(CNS) — An 18-year-old motorcyclist suffered life-threatening injuries from a crash in Rancho Bernardo with a car driven by an 80-year-old woman late Thursday afternoon.

The woman was driving a 2008 blue Chrysler PT Cruiser eastbound in the 16600 block of Pomerado Road, near Rancho Bernardo Road, while the male motorcyclist was driving westbound, according to Officer Robert Heims of the San Diego Police Department.

The Chrysler turned left onto northbound Caminito Vecinos, into the path of the motorcyclist, which broadsided the Chrysler’s right front passenger door. He was ejected from the motorcycle and sustained life-threatening injuries.

The motorcyclist was taken to a hospital, where he is being treated for face and head trauma and brain bleeding, Heims said.

The driver of the Chrysler was not injured. Drugs or alcohol are not suspected to be factors in the crash.

Steps To Take If You've Been Involved In A Motorcycle Accident

Once everyone is safely off , exchange information with anyone else involved in the crash. Get the name, address, phone number, insurance information, and license numbers for all drivers. Make sure to take as many photos as possible. Jot down the other driver’s license playe information. Also make sure to write down the make, model and color of the vehicle(s) involved in the accident.

Call 911 to get the police to the scene of the accident as soon as possible. If there has been property damage (anything over $500) be sure to file a police report. If you or anyone involved has been injured, be sure to request medical attention.

The police report can be vital in your efforts to recover for damage to your bike, clothing, or for physical injuries – many of which may not become evident for hours, or even days after an accident!

Step 3. Take Images Of The Scene

If you are able to do so in a safe manner, take photos of the street, any damaged street signs, curbs, pot holes, etc. Remember to document the when, where and how.

Having eyewitnesses willing to vouch for negligence of the at-fault party is critical for your claim. If possible to do so, contact as many eyewitnesses as possible and interview them.  The recording can be done via an audio recorder on your phone, or by writing it down on a piece of paper.

Our personal injury attorneys are available 7 days a week to help you during a time of need. You can contact us today at (858) 333-4999 to speak to a legal expert regarding your case.

YOU DON'T PAY UNTIL YOUR CASE IS WON what we do for our clients Oh the weather outside is… well, pretty much sunny and beautiful as usual. Although we will most likely be blessed with gorgeous weather this winter

Injured In A Bike Accident? Here’s What You Should Do After

With cycling fatalities climbing at an alarmingly rapid pace, both drivers and cyclists have started to take cycling safety much more seriously. And while advancements like 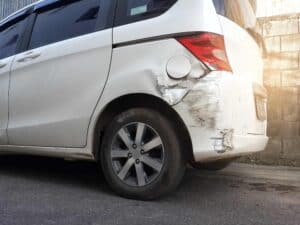 A fender bender isn’t a fun process to deal with, and most people usually don’t know the proper steps to take afterwards either. Here are

Will My Insurance Cover My Auto Accident?

Will My Insurance Cover my Auto Accident? Whether you’re the victim or the culprit in an auto accident, chances are you want to know what

Hit By An Uninsured Driver? Follow These Steps For A Settlement

Uninsured drivers that cause accident injuries often result in expensive medical bills. A car accident is a stressful situation and can happen to any of us when